Just under a year ago, I shared a post on ways to be more environmentally friendly in the kitchen. Ever since then, I’ve been brainstorming even more tricks and things I could change to help reduce the amount of waste I create when baking, so I thought I’d share my latest ideas on here again!

I love that everyone has been looking at their own habits a lot more lately and trying to figure out what small changes they can make in order to help the environment. Whilst the biggest culprits of pollution are large companies and governments of which we have no control over, it’s still nice to know that us little people are trying to do the best we can, when we can.

If you have any more ideas on things to change, stop, or start doing in your day-to-day life that will help the environment, then please leave them in the comments below so we can all continue to make better decisions! 👇 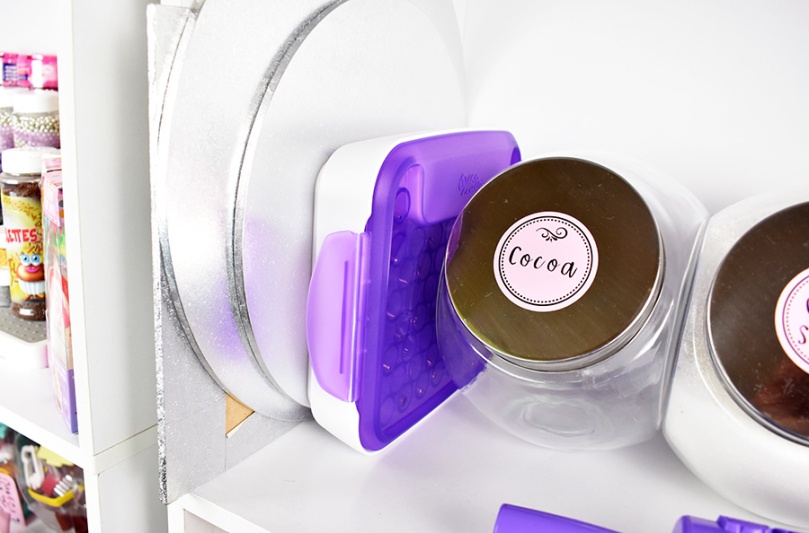 USE SILICON CUPCAKE CASES INSTEAD OF PAPER ONES

Whilst paper can be recycled, I’ve heard mixed stories on whether it will still be recycled once food has touched it. Many people advise that giving things a wash before recycling them will help ensure they actually get recycled, but with a product as thin and flimsy as cupcake patties, I have a feeling washing them will just destroy them instead. Enter, silicon cupcake cases!

Now, I know silicon does not break down on its own, but there ARE specific factories that can recycle it, and anyway, the point here is to re-use it. Even though paper cupcake patties will eventually break down, that is still a lot of wasted paper that is being ripped from our withering environment and only used once.

Instead, why not purchase a dozen or so silicon cupcake cases that can be re-used over and over again and eliminate the need to throw anything away? They’re not hard to clean either, which is another bonus!

STORE THINGS IN GLASS JARS INSTEAD OF PLASTIC CONTAINERS

Like most people, I love anything that will help me keep my place organised, especially the kitchen as that gets crazy very easily. This means that I, like many others, have a plethora of Tupperware and various other plastic containers to keep things under control. Since these containers ARE reusable, helpful, and don’t break easily, you shouldn’t feel guilty for owning and using them.

However, if your latest goal is to stop supporting companies that produce a lot of plastic, switching to glass jars for storage is an easy way to do that! Whilst glass takes a very long time to break down, it IS recyclable, which is always a good thing (although different kinds and products require different methods of recycling, so make sure you read up on the laws where you live!).

I also have trouble closing and opening certain plastic containers, which makes me doubt how well I am sealing food inside them – and, therefore how well the food is keeping whilst inside them – whereas glass jars are much easier to close as they usually have a simple twist lid! Win-win for us weaker folks.

USE FOIL INSTEAD OF PLASTIC/CLING WRAP

This is one of my most recent discoveries, and I honestly felt so silly that I hadn’t thought of it sooner! Now, we don’t usually have leftovers in The Small Adventurer household. We make just enough for the both of us – plus enough for seconds, sometimes – and we eat it all at once.

However, every now and then, there is something that needs to be put in the fridge and covered for a little while, and I always went to use cling wrap, but why? Isn’t foil known for its ability to keep things fresh too?

Once again, foil isn’t the best at breaking down as it takes about 400 years to do so, BUT if you’re just using it to cover a bowl of food, when you’re done you can easily give it a wipe down if needed, and then recycle it! You certainly can’t do that with plastic wrap. In my last post I suggested using reusable piping bags over disposable ones, as that was the only other option that I knew of at the time. However, I know a lot of people – myself included – find reusable ones very annoying. I only use piping bags with buttercream, which is a very oily mixture, and requires the bag to be soaked and washed multiple times before it begins to resemble anything close to “clean”.

I understand that not everyone wants to go through all of it – especially if using piping bags is part of your job or business, as that is only going to slow things down – which is why I was over the moon when I discovered biodegradable piping bags exist. I got sent some from Loyal Bakeware and was super surprised. As I said, I don’t often use piping bags – purely because I’m not a very skilled piper – but from now on whenever I do, I will be using biodegradable ones!

USE TEA TOWELS INSTEAD OF PAPER TOWELS

Oh, my love for paper towels used to be quite an unbreakable bond. They are just SO absorbent and easy to use, but everyone knows something so simple has to come with a catch it, and this one certainly does: our precious trees. Like I said in my first edition of this post, I am NOT here to judge you.

I’m sure almost everyone reading this has some paper towel in their kitchen – and I still have some in mine, too! – but I am trying to teach myself to reach for the tea towels or cloths whenever there’s a spill instead, until one day I don’t feel the need to buy paper towels anymore. We are creatures of habit, but we can always learn new things!

There you have it: some more simple ways to help reduce your carbon foot print when in the kitchen! I know as time goes on we’ll all gain more knowledge on better alternatives for the products we use and how we use them, which is a great thing.

Look at how much has changed just within the last 12 months! The entire world is starting to realise that if we want to stay living on a planet that is also living, then we need to make some changes. Whilst change isn’t always fun, it’s also not as daunting as it seems. I believe that the human race will work hard until we’ve undone the damage that we have done! 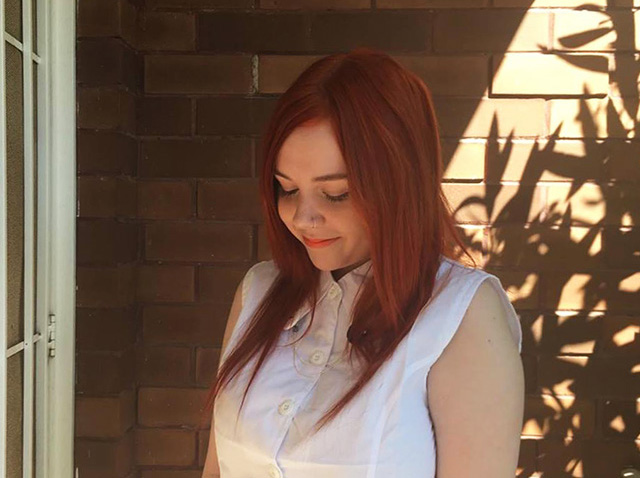 23-year-old home baker, creator, and colour-lover based in Melbourne, Australia.